Seeing New Tech Is Important, But Trade Shows Are Also About Re-Connecting With Your Industry

Vendors and attendees can debate the merits of a focused trade show for the digital signage industry, and even the squishy merits of the term digital signage, but one thing that the pandemic has made very evident is a need and desire for the collective industry to get together.

I'd long had my doubts that an event focused on a fairly loose, catch-all term like digital signage was sustainable, and the demise of Digital Signage Expo in 2020 reinforced that. Yes, the pandemic killed it off, but if DSE was a patient, it was in the intensive care unit, on a ventilator. The show was clearly declining, for a whole bunch of reasons.

There is a hole in the trade show calendar now that will be filled, in part, by InfoComm and Integrated Systems Europe. Those AVIXA-led shows are terrific, but they serve a broad spectrum of interests, not all of them common.

I always likened DSE to a service club's annual convention - like the annual meeting of Rotary chapters across Canada and the U.S. Yes, vendors were on the DSE show floor to show their pots and pans and generate sales leads. But a lot of people from the different chapters, so to speak, like the software folks, the display guys, the mount companies, were there to connect and either build or renew ties. There is a distinct digital signage community, and DSE was the one time in a year when the community got together.

Sure, many of the same people would attend InfoComm, for example. But digital signage was and is just one technology at that event. Many attendees turn up to talk audio and all kinds of AV infrastructure that has limited relevance to digital signage.

A display vendor showing at InfoComm, for example, is juggling everything from K-12 school interests to enterprise workplace needs. I have had the experience of walking into large displays booths and saying I have questions about digital signage, and they'd have to wander off to find someone who worked in that area.

We're right around the time when DSE would normally be on, and I was curious if my thoughts about the signage community were nutty (always a possibility!) or sound. So I asked. I ran a Google Forms survey that went into numerous topics and questions, but the most telling response was how much the ecosystem wanted a reason to gather as a whole.

The survey, promoted in my publication (Sixteen:Nine), generated 169 responses. Research purists will find roughly a bazillion reasons why the survey was flawed by its size and quality of questions, but my sense is that if you ask 169 people some questions, trends will inevitably be revealed.

I asked: “As a non-exhibitor - someone who would attend a digital signage show or conference, as opposed to working at it - what is the top reason to find the budget or get company approval to go?"

Education was what I thought would rise to the top, or maybe the responses would be balanced across options. But there was a lopsided tilt to networking and both building and renewing business ties. 52% said that was why they'd go. The next biggest was 31%, for seeing new technologies. Education barely registered - perhaps because the Year of COVID was also the Year of Webinars and Virtual Conferences. Learning opportunities have been at the glut stage.

So ... what people really crave are the breakfast meetings, the coffees in the convention center food court, the on-floor chats, end-of-day happy hours, and all the business dinners and evening parties that people crave. If you make stuff or provide services in the digital signage sector, flying into a city for three busy days of meetings and networking is exponentially more cost and time-efficient than 10 business trips going in 10 different directions to see people.

There's also that thing about community. Even though the digital signage community is hyper-competitive, it's also very friendly and supportive. There are new people and companies coming into it all the time, but there are also hundreds of seasoned people who have invested many critical career years in digital signage, and many to most of them are friends.

For more than a decade, I hosted a cocktail party on the night before the DSE exhibit hall opened. The 400 available tickets tended to disappear in three to four days. One year, it took about 24 hours. That night was about networking, and renewing friendships.

There were absolutely people turning up because they sniffed out a target-rich environment of C-level people they could meet. But most of the crowd was just there to catch up with industry friends, share stories and provide advice.

I've missed trade shows for getting eyes on new technology, and updates on established tech. I miss the learning opportunities. But more than anything, probably like many others, I miss seeing my digital signage people.

When InfoComm returns in October in Orlando, people will be excited to be doing something actual, instead of just virtual. And a lot of people in the digital signage industry - connected only by webcams for 18 months - will be happy to see each other again. 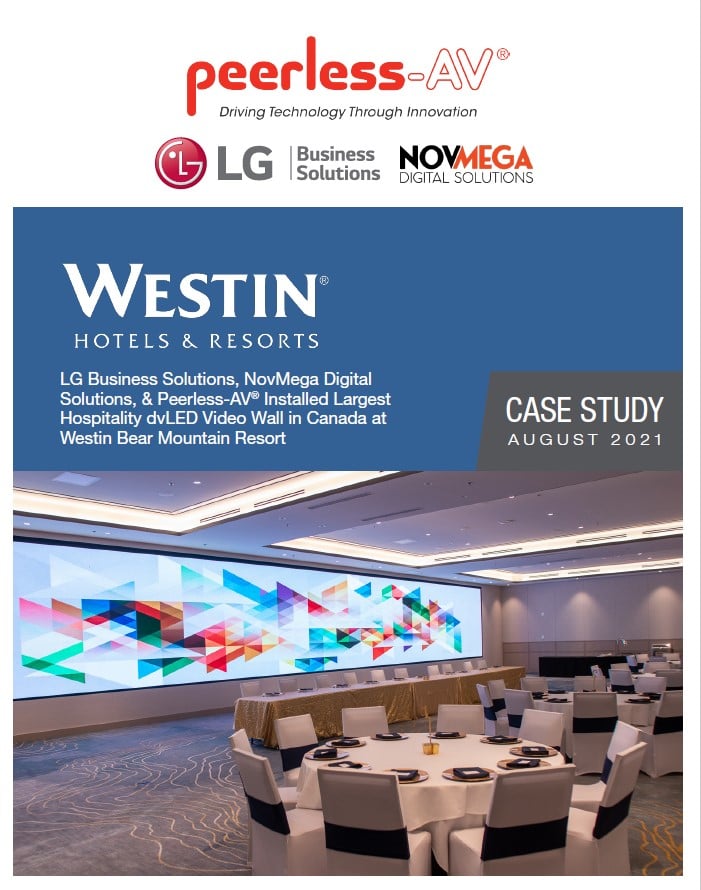