Workplace Digital Signage Is Hot, But The Opportunity Is NOT Just In Offices

The workplace has turned into one of the most actively pursued vertical markets in digital signage - right up there with retail and Quick Service Restaurants. But that focus among companies has almost entirely been on the office when behind the scenes and production environments may actually be the bigger opportunity.

White-collar office environments - even as we hopefully put the pandemic behind us - have many ways to communicate with both employees and visitors, starting with email but extending into other collaboration tools built around computers and other devices. It helps, as well, that white-collar workers tend to have predictable locations - whether that's around a building, or at a remote site like a home office. Some digital signage CMS software companies have even come up with ways to extend their content messaging to desktop screens as pop-ups and screensavers.

But how do you communicate with workers in the 100s of 1,000s, maybe millions, of environments broadly labeled as blue-collar? How do you reach people who don't have company emails, company computers or assigned desks, mail slots, or pay envelopes? How do you reach people whose jobs may see them constantly on the go on a factory floor or operations floor? How do business communicators deal with entry-level workers when there is a steady turnover and English is often just a second language, at best?

The answer is screens - prominent and visible on the production floor and break areas. Screens, as well, that are interactive and ready to do everything from equipment training and refreshers to making labor regulations and HR material available in languages beyond English and Hispanic.

The market is huge. Just in manufacturing in the US, there are some 636,000 manufacturing businesses, and at least 13 million people working in these plants and warehouses.

There are obvious applications - like HR messaging that can be anything from notices of vaccine and testing clinics to birthday and work anniversary celebrations on screens. But there is a lot of opportunity, as well, to drive operational messaging that can boost productivity, shave costs, improve safety and lift morale.

Three big things have happened that have made it possible for digital signage to be front and center in these environments:

- APIs are now common, making it relatively easy for different business and management systems to expose and share data. Production data that used to only be reflected in spreadsheets, PowerPoints, and maybe some digital dashboards viewed by managers' can now be relayed in real-time to larger screens, in view of line workers and managers who then have a better sense of what's happening and how things are going;

- Internet of Things sensors, network-connected, can relay and trigger content based on everything from alerts to safety thresholds. So when there is a problem with the building HVAC system and a Carbon Monoxide sensor reads levels that are rising and could pose a danger, that information can be mapped to screens and instantly be viewed by the people in that area. Instead of terrifying sirens or flashing lights, a screen might say "CO levels higher than normal, please leave the area while it is investigated."

What Powers it All? Web Technologies

Web technologies like HTML5 have made it possible for data to not only be relayed as numbers but be visualized in charts and other interesting, graphically-driven ways. Instead of simple, static graphs, charting styles are limited only by imagination and design skills, and when mapped to real-time data, they change dynamically.

There can be a big ROI. When I talk about production-area digital signage, I often relate the story of a carpeting manufacturer in the US Southeast that had big machines that generated endless yards of flooring every day. But sometimes the machines would go off their settings and before anyone could notice and adjust - because the read-outs were hard to get at - a lot of flooring was made that either couldn't be shipped and sold or had to be marketed as "seconds."

The manufacturer engaged a digital signage software company to tap into the real-time data from the machinery and visualize very simple status information on screens on the production floor. Green on the screens meant all was well, but amber meant a machine's settings were off and needed tweaks, while red indicated a problem. Just by introducing that early warning system, the company said it saved millions in factory seconds that were never made.

It's not just manufacturing and warehouse workplaces that have gone somewhat untapped. Think about ALL the healthcare environments out there, and how many of them still - in 2021 - use dry erase marker boards and paper charts to update patient status and assign tasks. In most of those environments, medical records are all digitized, as are things like inventory, staffing and room/equipment assignments.

So much of that would be better, more timely, and accurate (not to mention legible) if it was cut over from marker boards to digital displays that map to records and other information on the facility's Local Area Network.

The Corporate Digital Signage Trend Doesn't Stop in The Office

It extends even to patient rooms. AV people who service corporate environments will know there has been a big push in the past five years to add tablet-like digital screens outside of meeting and conference rooms, with those screens showing if the rooms were booked or free, what meetings were about, and who organized them. Many vendors have platforms that allow staffers to make changes and book other rooms right on the spot.

Now think about how that could apply to patient rooms that don't now have much information beyond the room number, and a door-side sleeve for a clipboard. All these rooms would benefit from screens mapped to medical records systems that can relay as much useful information to caregivers, support staff and families as is feasible, and allowed within privacy standards. If I had a very sick relative or friend in hospital and I went to the room, only to find the bed unoccupied, I could start worrying in the absence of information, or see a screen that says the patient is just down in diagnostics getting a scan. Panic gone.

Healthcare is, of course, heavily pre-occupied with a fourth COVID wave, so selling into that vertical might be tough right now. Hospitals are also projects that can take 5-10 years to go from budget approval to opening doors, so it can be a very long and bureaucratic sales cycle.

But just like in blue collar environments, the need is there and so, therefore, is the opportunity for digital signage and other AV tech.

Dave is best known around the industry as the publisher and principal writer behind Sixteen:Nine - an online trade publication that has covered the digital signage and visual communications business since 2006.

16:9 has a global readership and generates 1,000s of page views daily. 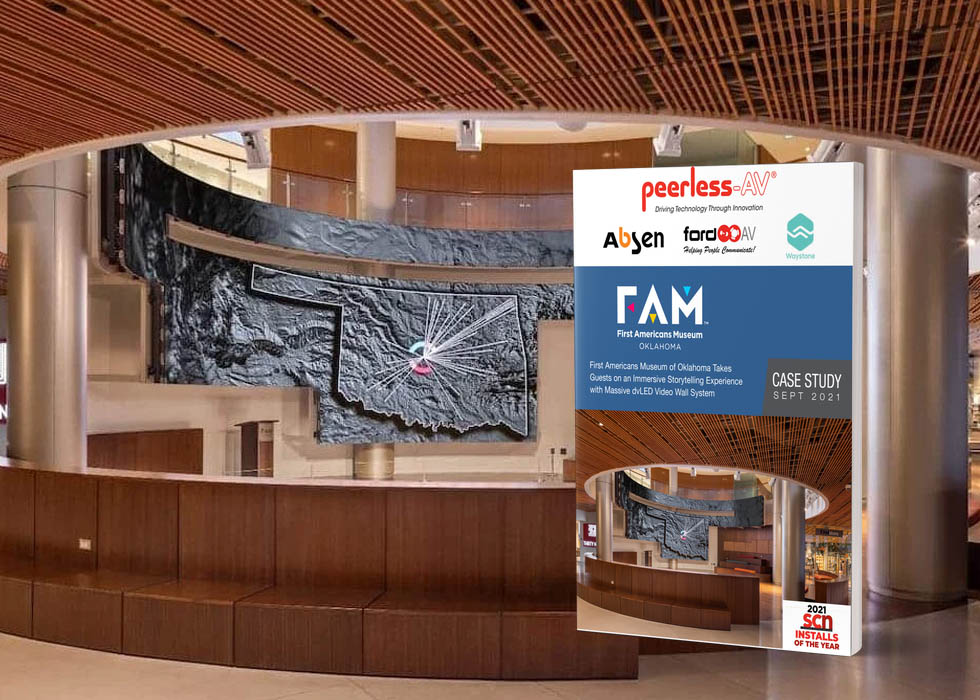 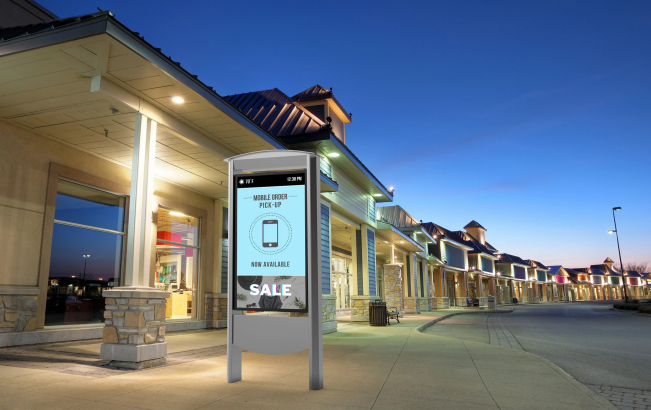 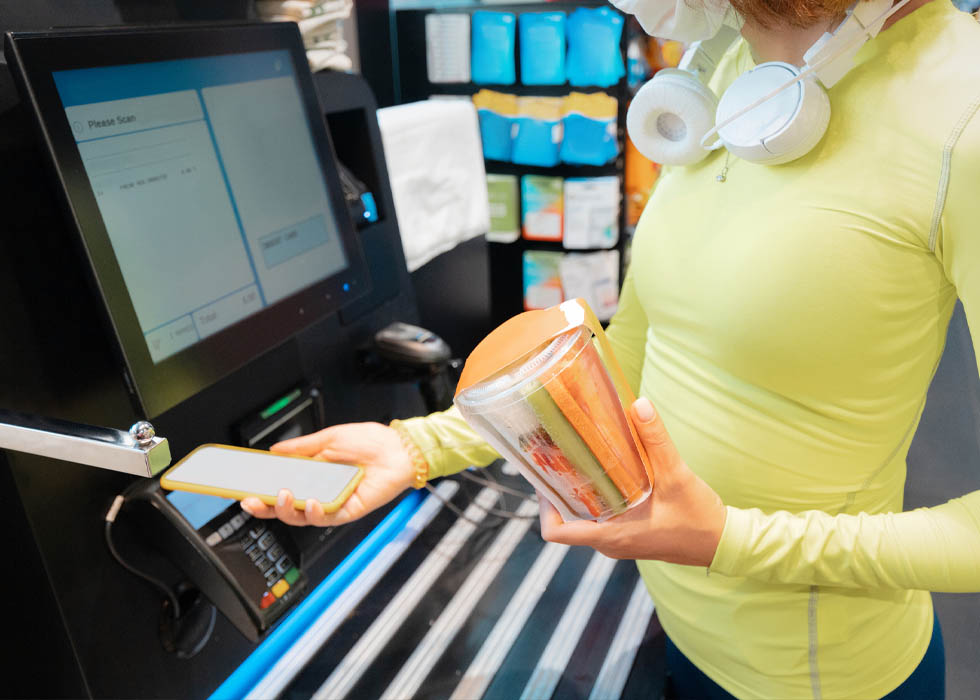 Digital Kiosks: Satisfaction at the Touch of a Button... or Two