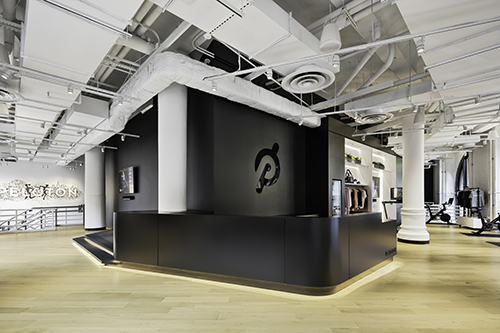 Continuing to run on a treadmill is fairly automatic, but staying motivated on a treadmill is another challenge altogether. Fortunately, in this magical age of immersive experiences, there is now a streaming fitness regimen perfectly calibrated to keep you moving on and off the endlessly rolling road to improved health.

Peloton, which created an entirely new way to participate in spin classes with its lushly produced interactive in-home workouts, has now brought a completely integrated experience to the running world. Expanding on a successful platform that encompasses every detail of the workout experience, from its proprietary indoor bicycle design through to the interactive experience of engaging with live instructors, Peloton started from scratch with a new treadmill design and invited a fresh roster of instructors to create a new style of streaming fitness content for runners of all levels.

Using the experience and evolution of its dedicated spin studio as a baseline for the new running facility, Peloton designed and built an entirely new video production suite specifically created to capture the specifics of the new Tread, Bootcamp and other floor exercise workouts.

There is an art to producing engaging and informative content for the Ferarri of treadmills, which incorporates a massive 32-inch HD touchscreen display and soundbar to immerse a runner in the heart-pumping sensations of being in the actual fitness class environment. 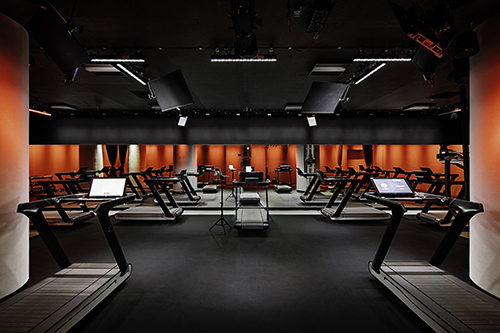 “The experience we’re trying to create is the best at-home workout, one that really gets that authenticity across and provides that feeling of being in a class with other people, getting the best workout you can possibly get,” explained Nick Gismondi, Director of Production Operations for Peloton.

Gismondi oversees production in both the original Peloton spin studio as well as the new Tread operation further downtown in Manhattan. Both are constantly in production mode, with the spin studio producing 15 live classes a day, and the Tread operation providing a diverse lineup of 10-plus run, total body, floor and walk classes.

Improvements in capture and delivery of Peloton content are ongoing, as the video team collaborates with instructors on the objectives of each new class. “We’re always doing a lot of reviewing and seeing what changes could make the content better,” Gismondi said. “A big thing is just making sure that different aspects of the workout can be clearly understood. If you’re running, you need to clearly see the running and the form. If you’re doing floor workouts, you need to clearly hear what the instructors are saying and see what they were doing so that you can figure out the move.” 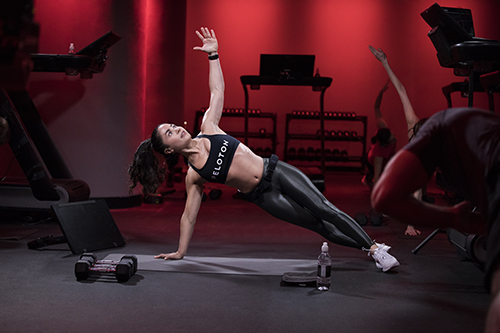 The look and feel of Peloton video classes is consistently high-energy with low lighting, replicating the authentic experience of the real-life studio for those at home. The music is loud but the lights are low, so people don’t feel self-conscious as they sweat and groan through workouts.

Low lighting provides a challenge in capturing video, but Peloton’s experience at the spin studio provided much foundational experience in strategy and technique, which was then translated to the new, purpose-built Tread studio. The space was designed with production in mind, with lighting, camera and loudspeaker placement calibrated for the best show in-studio and at home. The acoustically treated Tread studio walls are splashed with atmosphere-enhancing color, while the exercise stations themselves are in darkness, other than the instructor’s station at the center, which is lit for the best demonstration angles.

Cameras are set up to capture the instructor from a multitude of angles, including straight on, from the sides, at floor level for exercises on the mat, and at any variety of other heights or angles provided by four fixed-mounted and two track-mounted moving cameras. One of the moving track cameras is mounted vertically, Gismondi pointed out, “so we can go from that nice floor pose all the way up to get eye contact with the instructor on the Tread.”

The Tread production style was established during the design phase of the Tread product and studio construction. To test the content, Peloton conducted several test shoots. Trying out various angles to show the wide gait of a sprint from the side, or a close-up of a plank pose, Peloton asked beta testers to run the content on test treadmills and deliver feedback. “We found that a lot of moving shots while people were running can tend to make you nauseated,” Gismondi said. So, the team honed new techniques based on that knowledge, learning how to move cameras and when to leave them motionless for the best experience.

For the new Tread facility, Peloton also refined its approach to music playback. Where the spin setup relied on a line array speaker system, the new Tread space used pendant speakers strategically hung around the room, augmented by subwoofers placed in corners. “We found the more targeted pendant system around you allows you to put less decibels out of the speakers themselves, but still really hit everybody — let everybody feel the real studio, bumping music experience,” Gismondi said. 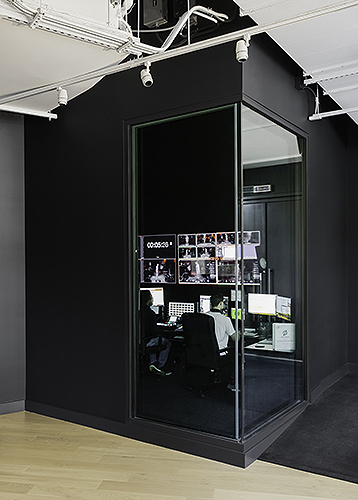 With sound, video and lighting being so critical to the Peloton experience, the company decided to really highlight the production facility in the new Tread space. Prominently located in the windowed storefront lobby of the new Tread studio, the production suite has floor-to-ceiling windows to allow visitors to see how the shows are made.

Peloton places great emphasis on relationship between its members and the course content creators and instructors. Real-time leaderboards and metrics provide far-flung class participants with the sense that they’re all in the grind together. Instructors give shout-outs to runners, and a community develops online and in-person at the annual Peloton “Home Rider Invasion” in New York.

“People really form a connection with the instructors they see on screen,” Gismondi noted. And now at the Home Rider Invasion, they can also see behind the scenes in the production studio. “We have so many people who have known the Peloton brand for so long, they come in and they get to see what it’s like to actually be doing the production. A lot of them said they always wonder what’s going on behind the scenes, and now you can see part of it.” 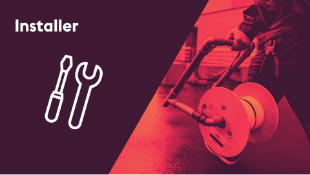 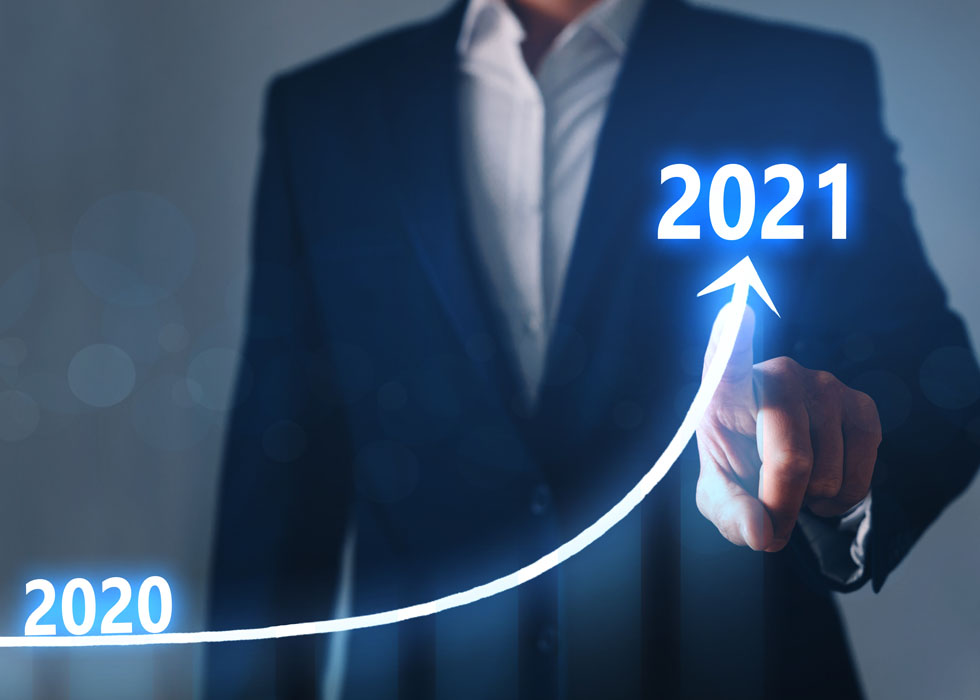 The Need for Change in Our Approach to Sales 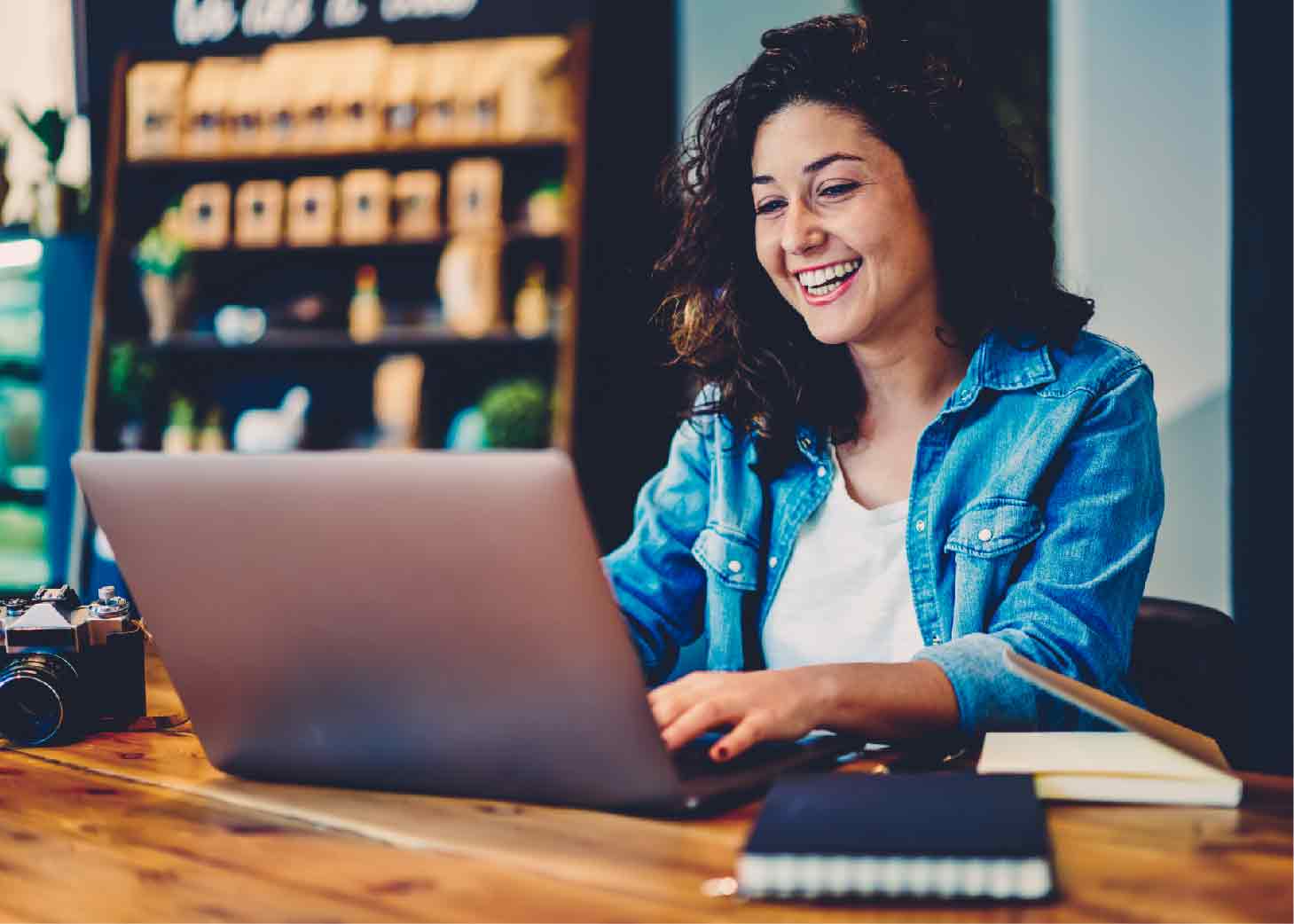