In today’s AV landscape, pixel mapping—using high lumen video projectors to transform any space from a domed ceiling to the entire façade of a building or skyscraper into a stunning digital palette—can make any visitor put down their smartphone and watch in awe. Examples of pixel mapping worldwide abound. For example, for the live event/installation Unseen Stars, designers used the huge ceiling of Grand Central Station in New York City for a pixel-mapping-driven tribute to women scientists in U.S. history. Now, the AV market in India is the latest stage for high-level pixel mapping. This spring, the Isha Foundation in Coimbatore sponsored a projection mapping application that rivaled many worldwide for technical sophistication. The pixel mapping installation—called the Adiyogi Divya Darshanam—was inaugurated by the President of India on March 4, 2019, the eve of Mahashivrathri, and was witnessed by 300,000 devotees. Additionally, it was live streamed across the world to over a million viewers.

The Adiyogi is a 112-foot-tall statue made of steel—and holds a Guinness record for the world’s tallest bust sculpture. It depicts Adiyogi—the Source of Yoga. Over 15,000 years ago, at a time predating all of today’s religions, Adiyogi, the first yogi, appeared in the Himalayas. He alternated between dancing in ecstasy and sitting in utter stillness where the only sign of life were his tears of bliss trickling down his cheeks. Eventually, on the banks of Kanti Sarovar, Adiyogi began a systematic exposition of the science of yoga to his first seven disciples, and he was transformed into the first Guru, Adi Guru. 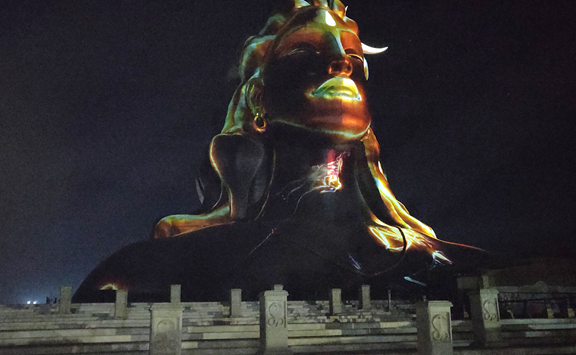 Creating an AV-assisted event to honor the Adiyogi is a tall order, but a team of India’s top AV designers and solutions providers were up to the challenge. The projection mapping uses 24 Epson high brightness projectors (Epson model EB-L1755UNL). The projection mapping surface was divided into four zones. Six WUXGA projectors with 15,000 lumens brightness were overlapped and used in each zone—illuminating the object with 90,000 lumens at any point. A total of 24 projectors were used to cover all four zones resulting in an output of 360,000 lumens on the object. The projectors were mounted in custom fabricated frames designed by Purple Vector. HDbaseT was the primary interface for data, and controls were established over the LAN port. The Epson Projector Professional Tool—a control SW from Epson—was used for simplifying image management and projection.

“Multiple factors pointed to the advantage of using Epson projectors on this project,” said Pravin Kumar, Product Manager at Epson India. “Color gamut, 3LCD color reproduction, repetitive field trials over seven weeks in the nights—a coming together of technology from Epson, combined with creativity and hard work by an enterprising project team, all helped make it happen.”

The entire project was a complex, coordinated effort spread across content development, projection mapping, and system integration. The content for mapping the Adiyogi was developed by Axis 3D Studio, Kolkata, led by Avijit Samajdar who originated the project. Watchout SW from Dataton, Sweden, was used for the mapping, which was done meticulously, point by point, over a dozen nights by projectionist Manu Kadam from Bangalore. The system integration consisting of many switches, adapters, fiber optic cables and custom fabricated projector stack mounts was executed by Purple Vector, Chennai, directed by Lucky Singh. The projectors were mounted on two 40-foot-tall concrete towers on either side.

Manesh Kadam, a freelance consultant who works on high level AV for concerts and installations and is known in the industry as "Manu,” commented that on the project much testing and prep work was needed in the studio and on site to get the desired results.

“A comparison and demo of the Epson projector got us the desired results,” said Manu, “then the head of the ashram gave us the approval to go ahead with this project, then a scale model of the Adiyogi was set up in the studio to replicate the content.”

Why was Watchout used? “I have worked on WO since 2005,” said Manus, “and this was without doubt my choice of media server here. Every media server has its pros and cons, but the scalability of the Watchout and the cost factor did play a big role.”

"Dataton has a solid reputation in India,” commented Ashok Sharma, regional sales manager, Dataton India. “We have been present on the market since 2005 through our partners who have been promoting and using WATCHOUT in all their projects.”

"As we all know,” explained Ashok, “the projector’s contrast is measured on black surface so our focus has been on obtaining the right colour tone. The EPSON projectors matched this requirement with their stable light output through laser illumination as well as being easy to calibrate and align. And WATCHOUT is a very versatile system, favoured by AV pros for its reliability and creative power. For the Adiyogi project, we also supplied our WATCHMAX WX9100 media servers to map the object seamlessly with the 24 projectors. Using our dedicated, plug-and-play hardware meant the task was much easier for the team. Once on-site, WATCHOUT’s live alignment and mapping made the overall process quite smooth. The most important thing was that the show creators appreciated the easy-to-navigate interface in WATCHOUT and how smoothly changes could be implemented – even on the day of the launch. On the big day, the mapped content played back flawlessly on the surface of the Adiyogi, creating a truly magnificent experience.”

According to Manu, some of the major challenges of the project were:

Sirvinder Pal Singh—better known as Lucky Singh in the event industry—has been in the industry over two decades. Purple Vector is the venture he started in 2013, and he has been instrumental in doing projection mapping in Chennai (Tamil Nadu). And he has worked closely with Dataton to promote 3D mapping. 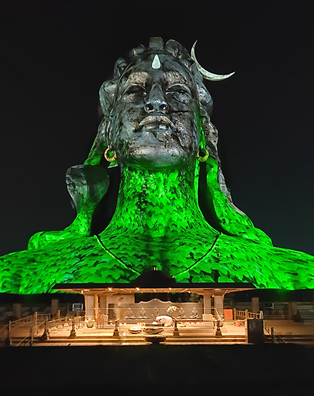 Singh also pointed out the main projection challenges: finding the right location on how to mount the projectors, the angle of projection, framing the projectors, cabling, etc.; large amount of dust on the site; and power needs.

“Our association with Dataton helped us to work for this Isha project”, said Singh. “We have done some basic installation earlier, but this was the biggest and by far the most challenging project that we have ever worked on—especially because it was on black surface, with lots of curves and with limitation on site condition. But we took up the challenge, and it was very successful.”

The projection mapping for each “show” lasts 12 minutes and is a visual depiction of the transmission of Yoga by Lord Shiva to his consort, the Goddess Parvathi with a powerful voice over from Sadhguru Jaggi Vasudev. The 300,000-plus audiences were spellbound. And the installation overturned a common myth that it is near impossible to do projection mapping onto black surfaces. The Epson projector professional tools, the Watchout tools, and, importantly, the skill of the AV designers and technicians, all facilitated a spectacular surface mapping while overlaying six images accurately point-wise. 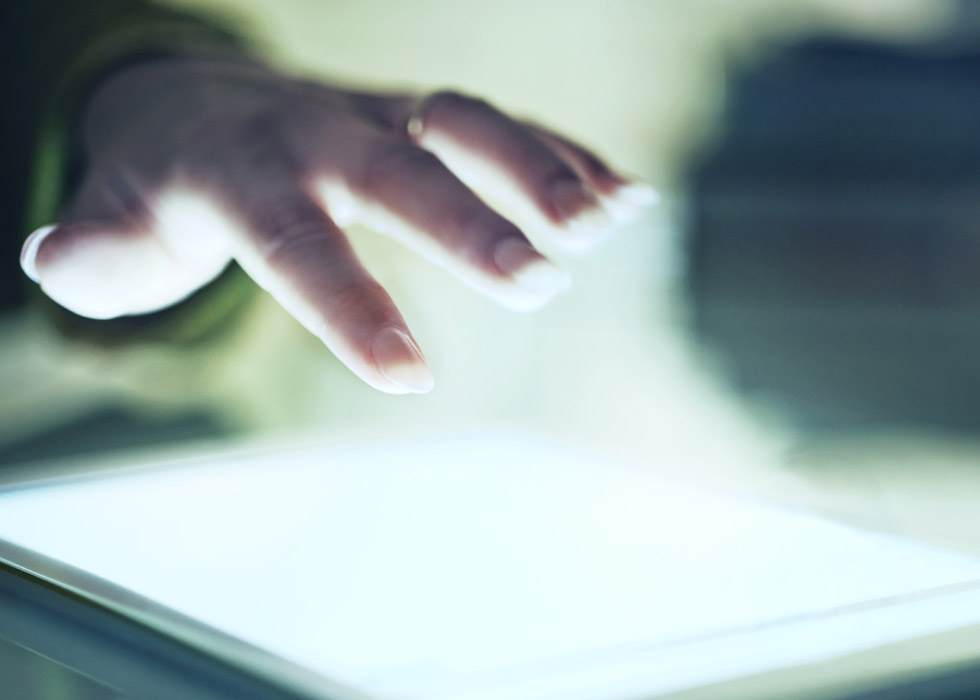