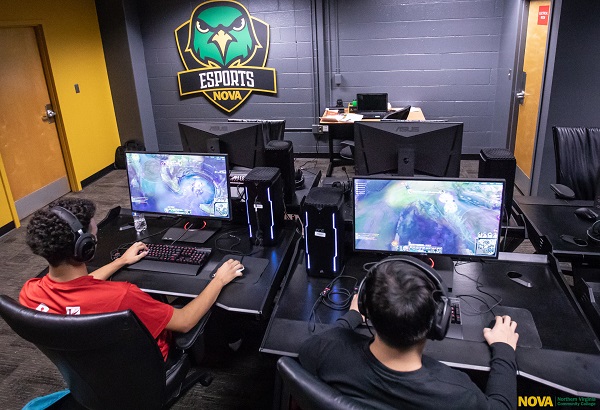 These days, the Big Man on Campus is as likely to be a console-toting gamer as a football-tossing jock. Since 2015, scores of U.S. colleges have established varsity-level gaming teams, in many cases offering the same kind of scholarships and sports facilities as conventional college sports teams. The National Association of Collegiate Esports (NACE) completed its first national convention in Atlanta in August, attended by 139 colleges and universities that have added, or plan to add, varsity-level esports.

“These institutions ranged from two-year institutions, small private colleges, to large state institutions, and came from across the U.S. and Canada,” the organization said. The popularity of competitive gaming comes as the video game industry's revenue has surpassed music sales and secured a foothold with teens and 20-something adults. Young men now spend an average of 3.4 hours a week on video games compared with just two hours a decade ago.

The growth of collegiate esports programs is poised to fuel audiovisual technology investment growth on-campus. While such facilities are unlike the professional esports arenas opening in Las Vegas and Arlington, Texas, the venues are certainly aspirational. For instance, the University of Akron’s Zips Esports program is opening three dedicated gaming facilities to accommodate its five varsity esports teams and their 90-plus gaming PCs and 30 next-generation game consoles. Totaling more than 5,200 square feet, the school calls it the largest amount of dedicated esports space of any university in the world to date. It also includes a new 1,222-square-foot gaming arena, located on the first floor of InfoCision Stadium-Summa Field, with a 3-by-3 LED videowall for spectators to watch competitions.

For now, however, most schools with a nascent interest in esports are utilizing existing AV assets they already own. Michael Fay, Head Coach and Director of the University of Akron’s esports program, says that the videowall and a public-address system were already in place and available in the stadium building, as was the space where the teams will occupy and train. A large glass wall that let visitors look in on the welcome center will also serve as the vitrine through which 50 to 70 spectators will watch the Akron Zips compete, with the videowall positioned above them. An initial budget provided by the school’s administration was invested in new computers and video monitors for gamers. Fay says the strategy is to continue using existing elements on campus for play — including the basketball arena and its AV systems — as the sport’s popularity grows. A new studio was built largely with esports in mind, allowing games to be streamed to various venues and over online portals like Twitch.

“The idea was to make esports modular, so we could adapt it to a number of venues and configurations,” Fay says.

Using a similar approach, Cazenovia College, a small, liberal arts school in western New York state, added competitive esports this semester for the first time. The Cazenovia Wildcats train and play in a converted space in a campus building, where the school’s maintenance staff knocked down walls of existing offices to create a gaming lab, while the school’s IT department ran the cabling and set up the network for gaming, with one of its staff members serving as the new sports’ consultant for AV/IT systems. Team members use the lab to train, and when it comes time for competition, they plan to move to one of several venues on campus — including those run by the athletics department — where they’ll pull out bleachers and show that action on projection screens the school already owns.

At Tiffin University in Ohio, between Cleveland and Toledo, Athletic Director Lonny Allen’s esports team has its own purpose-built 4,000-square-foot $400,000 home, where they’ve spent about $3,000 per gaming station amid the computer, monitor and headset, but where the school’s IT department helped them set up their training and game areas and an existing projector for showing live competitions.

“We’re about a year ahead of many of the other schools [starting] esports teams,” he says. “We’ve had about 20 schools come out to see what we’re doing, but we’re also competing with those schools now for recruits. This is just the beginning for everyone.”

The speed with which esports has gained traction at colleges and universities is taking some athletic departments by surprise. Larry Hiser, the Director of Athletics at Marietta College in Marietta, Ohio, says the school plans to set up its esports practice area in a space adjacent to The Gathering Place, a multifunction area on campus that includes a stage, concert sound system, and video projection, which he says the team can ultimately use for tournaments. But beyond its existing AV, he says he’s not sure yet what the program will need.

“This whole thing has kind of snuck up on us,” he says. “There’s no template for this yet.”

His counterparts at other schools feel similarly. Brian Anweiler, Director of College-Wide Student Life at Northern Virginia Community College (NOVA), says he “hired” a few student gamers on campus as consultants for NOVA’s newly opened esports “arena.” It’s actually a 1,000-square-foot space in an existing building on the school’s Annandale campus, where Anweiler has gathered AV systems from other parts of the school, including a 60-inch LED screen for team coaching and play review. The AV supports the new Corsair gaming computers and Razer mouses Anweiler purchased with the $75,000 budget the school gave to the new NOVA Nighthawks 15-person esports team. They will also share a new Tricaster Mini Advanced streaming system with the college’s broadcasting department to live-stream games. Anweiler says they called on a local AV integrator, Inter Technologies, to install the components.

“This came together pretty quickly and we were learning as we went,” he says, noting the school just hired its inaugural head gaming coach. “It’s still pretty new for everyone.”

School administrators, who control the budgets for most of these new esports teams, may have misgivings, but collegiate esports’ momentum is proving substantial. Cazenovia College’s Pete Way says his department had to field a lot of basic questions from school management about esports, including how exactly adolescents sitting in front of video screens constituted a varsity sport. But once esports’ potential as recruiting tool became clear, they were on board.

“The amount of buy in we got early as a result was amazing,” says Way, who added that the new sport was awarded $10,000 from the school president’s innovation fund, the largest single amount obtainable. However, he says, keeping initial costs down by utilizing existing campus resources, including venues, equipment and labor, also went a long way toward securing approval.

“And as the president’s office sees the return on investment coming from it, it’ll make the case for investment to add new equipment, like videowalls,” he says.

The University of Akron’s Michael Fay says esports’ arrival there was “very much top-down driven by the administration.”

Ready for the Big Screens

Almost all the new esports enterprises are starting with some hand-me-down AV technology, but their directors and even some of the administrators are aware of new commercial esports palaces. “The big screens and sound systems were part of what made football stadiums important for [student] recruitment for years,” says Tiffin University’s Lonny Allen. “[Esports] is going to want the same things for its arenas in the near future.”

If it seems like esports is beginning to be regarded on a par with conventional college sports like football, it’s for the same reason: Sports drives new enrollment at many colleges and universities. For a generation now entering college that literally grew up on video games, making them and their AV technology part of their sports programs is a no-brainer, especially now that the NCAA, the biggest governing body in collegiate sports, has announced it’s considering whether it should include esports in its portfolio.

Esports is coming into the academic environment overwhelmingly through schools’ existing athletic infrastructure, an environment that understands the value of advanced AV systems for academic sports. As anyone who’s been to a college football stadium recently can attest, that augurs very well for AV’s integration into esports’ new spaces. 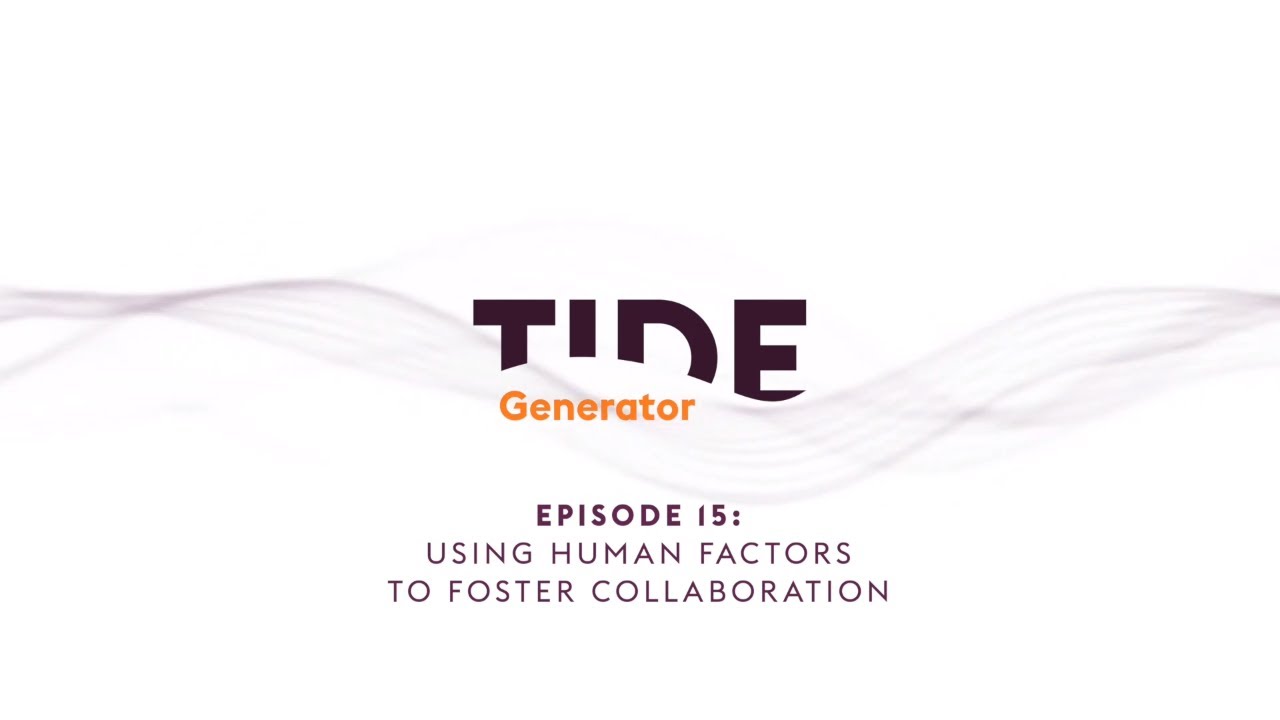 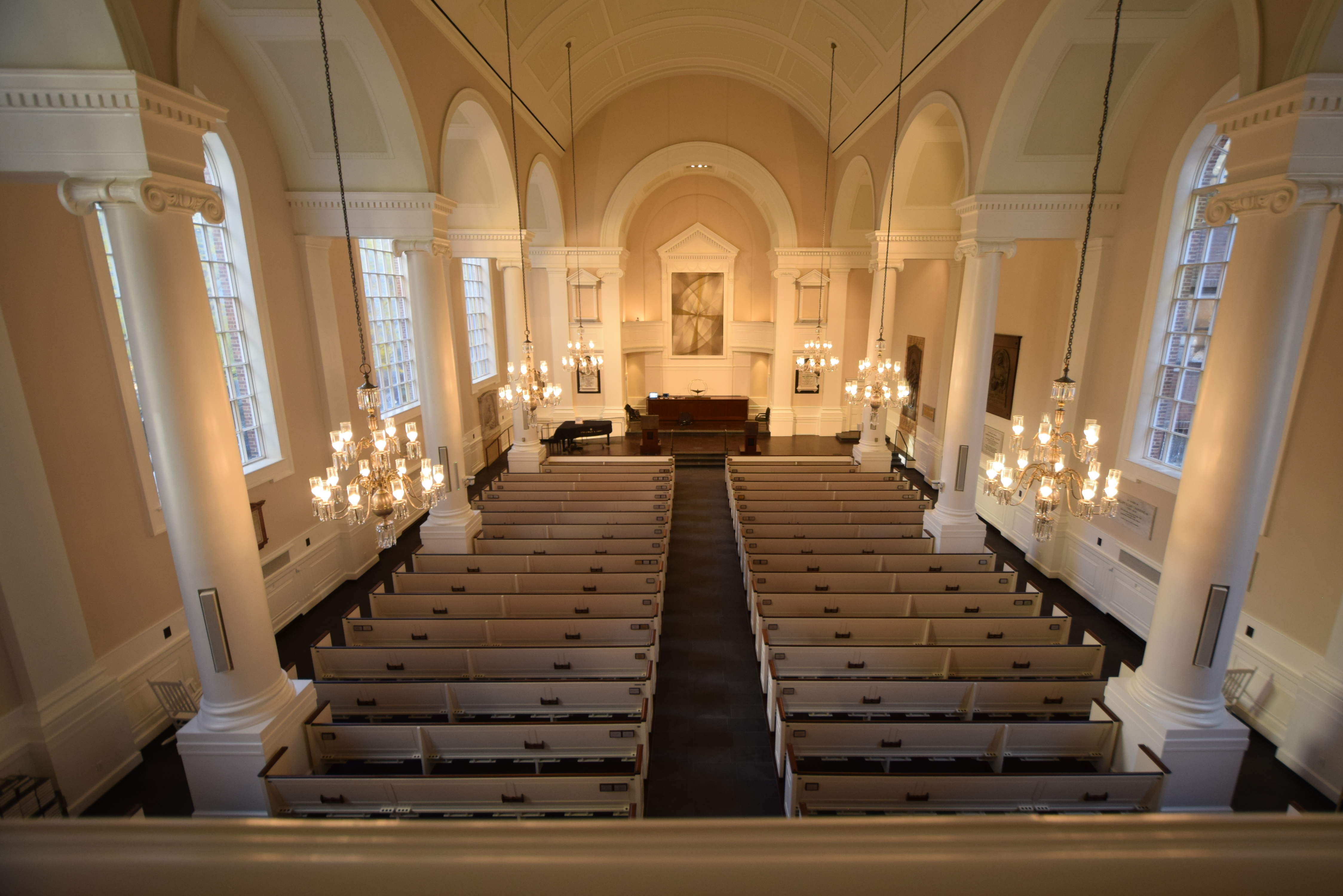