Nov 16, 2018, 17:05 PM by Allison Tardif
A look back on the contributions of Hedy Lamarr, an extraordinary woman in the AV and technology field. 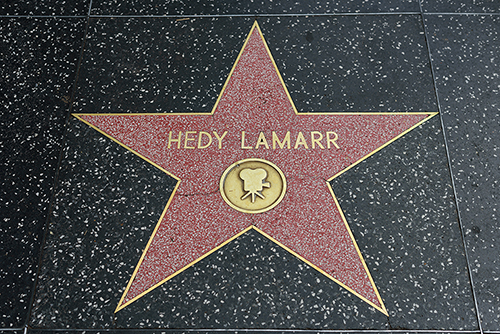 This month, a historic number of women were elected to the U.S. Congress. That got me thinking about the history of women making contributions in male-dominated fields, and some of those early pioneers in the AV industry.

I’d like to highlight the accomplishment of Hedy Lamarr, an extraordinary woman in the AV and technology field, so we can continue to celebrate the contributions and impact she has made to our industry.

The AV industry still values her discovery, spread-spectrum technology, because it can be used to overcome obstacles the industry still faces. Lamarr's life story also teaches us she could have really benefited from the support of a local women’s group. In fact, if she had any encouragement, the outcome of World War II, communication technologies, and the AV industry as we know it, could have been completely different.

Lamarr's life was fascinating. There are stories of her dating U.S President John F. Kennedy, Snow White and Cat Woman were based off her image, and she unprecedently negotiated a higher salary with film studio MGM. I also discovered that most people only recognize Hedy Lamarr as a glamorous 1940s Hollywood actress, known for roles in Oscar-nominated films such as Algiers and Sampson and Delilah.  That's probably why it sounds unconventional that Lamarr, who was named “The Most Beautiful Girl in The World,” would also be a female engineer role model. You would never assume the genius that discovered “frequency hopping” technology would be this same person. That being said, Hedy always labeled herself as a “true enemy of convention.”

Born in Austria to Jewish parents, Hedy was extremely distressed by the outbreak of World War II. German U-boats were killing thousands of refugees attempting to flee Nazi-occupied Europe, and Hedy felt it was her duty to help. U-boats were winning the war and gaining the reputation of being unsinkable. Inspired to help, Hedy explained, "I got the idea for my invention as a way to even the balance for the British." She was quoted calling it "obvious" to her. “They shot torpedoes in all directions and never hit the target, so I invented something that does.”

Lamarr recognized the fatal flaw of radio-controlled torpedoes - the signal was easily detected by enemies. She  discovered that by varying the frequency in which radio signals are sent, enemies would be unable to determine which frequency band to block, therefore, they could no longer jam the signal. This would later be known as frequency-hopping or spread spectrum that would pioneer the future developments of Wi-Fi, Bluetooth, cellular telephones, and communication technologies.

Eager to put her discovery in action, Hedy joined forces with her Hollywood neighbor, pianist George Antheil. Antheil would help bring her idea to life using the concept of the 88-key player piano, basing the invention on 88 frequencies that could be controlled spontaneously. They received their patent on August 11, 1942. Infuriatingly, when Lamarr and her partner Anthiel presented their secret communication system to the US Navy, they suggested Hedy would be more useful selling kisses for war bonds. Frustrated from the dismissal of her achievement, it’s very understandable why Hedy felt “My face has been my misfortune, a mask I cannot remove, I must live with it. I curse it.”

While her patent sat dormant under the custody of the U.S. Navy, Hedy was still determined to assist the allied war efforts against Nazi Germany. Regardless of the rejection she felt, Hedy sold 25 million dollars in war bonds. Unfortunately, Lamarr’s ingenious invention would not be used until the 1960s Cuban Missile Crisis, years after the patent had expired.

50 years after the patent was awarded, Hedy was presented the Electronic Frontier Foundation Award in 1998. A testament to her character, she unapologetically responded, “It’s about time.”

The U.S. military didn’t declassify spread-spectrum technology until the mid-1980s with the development of consumer electronics. Today, the market value of Hedy’s discovery would be $30 billion, but she would never see a penny of it. Also, wireless microphone companies have been able to improve transmission issues by re-evaluating and implementing frequency-hopping techniques. The ingenuity behind spread-spectrum has become the basis for many frequency-hopping AV solutions we use today.

I find myself contemplating that if Lamarr’s patent was utilized at the time it was presented, would we have been using spread-spectrum technology for communication and AV solutions as early as the 1940s?

If Hedy Lamarr had the empowerment and support we receive from our women's groups, I think the possibilities would have been endless for her. Although her life story left me in awe, the disrespect she endured in her attempts to succeed as an inventor gave me a profound appreciation for the women's group I'm fortunate enough to be a member of. I’m a member of the AVIXA Women’s Council. Our mission is to provide a community committed to supporting and empowering women who work in technology and AV

You would think the way Hedy was treated as a woman inventor would leave her defeated and bitter, yet she continued to create inventions up until her death in 2000 at the age of 85. At the end of the documentary Bombshell: The Hedy Lamarr Story, Hedy reads a favorite poem by Kent M. Keith for a 1990 Forbes interview. In my opinion, and probably why Hedy felt a kinship to the poem, it perfectly epitomizes her incredible efforts in this world:

Give the world the best you have, and you’ll get kicked in the teeth.

Give the world the best you have anyway.”

AVIXA Women’s Council members are excited to provide blog posts about women in the industry.  Learn more about the AVIXA Women's Council.