The AVIXA Movement and Why I Serve

Nov 29, 2017, 17:34 PM by Krystle Murphy
Just recently, the announcement was made of my election to the AVIXA (Audiovisual and Integrated Experience Association) executive board’s Secretary-Treasurer role for 2018. This is a tremendous honor both professionally and personally!

Just recently, the announcement was made of my election to the AVIXA (Audiovisual and Integrated Experience Association) executive board’s Secretary-Treasurer role for 2018. This is a tremendous honor both professionally and personally! After having served as a board member from 2015-2017, I have been privileged to interact with truly exceptional people in an amazing industry that is bustling with challenges, changes, and incredible opportunities. It is a great time to be in this space! 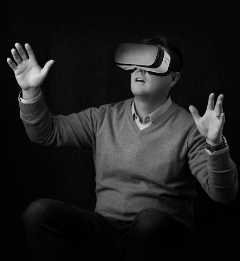 I have received so many kind, congratulatory words as well as many questions about what AVIXA even is that I wanted to commit in writing some answers to those questions and comments.

My background has always been deeply rooted in technology. My career started as an Italian translation editor of WordPerfect software. That was the door opener for me into the “experiential” world. My career evolved over time to various roles in product development, sales, and marketing. While living in Salt Lake City and later Detroit I have had one foot in the tech from Silicon Valley to New York with different experiences outside the United States.

One thing has been certain all along! Great technology IS experiential. Experiences are “integrated” and not manufactured. Great experiences are not geographically bound, they speak a language universally understood, especially when leveraged for good ends. People who work towards those ends create powerful experiences.

Why am I a part of AVIXA? AVIXA is a home for dissimilar, passionate people to foster creativity and innovation. I’m not in AVIXA to be more like the next person but rather to bring what makes me different to a table of learning and a mission building. What I learn in AVIXA helps my business. What I contribute to AVIXA may help someone else. I’m a karma kind of guy and believe deeply in the notion of doing good to do good goes around the horn! Creating the world’s next age of integrated experiences requires ideas from not a few corners of a known box, but from the far reaches of heretofore tangential relationships with other markets and capabilities.

Why do I volunteer? Because I believe it’s a personal responsibility to give and get. In a heightened age of consumerism and ME-centricity, it’s refreshing to collaborate around the world with people who share common aims. AVIXA scratches that itch for me professionally. But I believe volunteerism is much, much deeper. So much so, that it’s a standard question I ask people in interviews. Where do you give back? Why do you give back? Why not? I believe in being proactive on this question. I have tremendous respect for people who give so much of themselves in shared missions. These are people I truly learn so much from!

So, What’s Next? I’m no genie, but I’m relatively certain of a few wishes becoming reality.

I’m very excited about the future. Again, I’m humbled and honored to be serving with amazingly talented people and an incredible AVIXA professional staff. I’m looking forward to contributing in some small way to make a real impact!