Nov 14, 2017, 14:34 PM by Allison Tardif
AV humans are pretty savvy to the ways a room can affect outcomes. But often all that knowledge of psychoacoustics, brightness levels and even thermostat mastery is subject to some kind of value-engineered compromise. 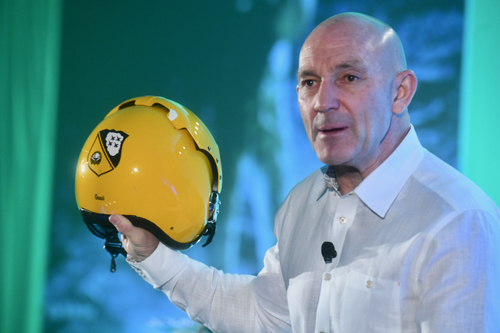 AV humans are pretty savvy to the ways a room can affect outcomes. But often all that knowledge of psychoacoustics, brightness levels and even thermostat mastery is subject to some kind of value-engineered compromise. Consequently, we end up spending a lot of time in rooms that sound and look less than optimal, and leave us shivering with regret that we didn’t bring a winter coat to the office.

Not so at AVIXA’s fifth annual AV Executive Conference (AVEC) last week in Key Biscayne, Florida. This year, the human element of experience really came to the fore both in terms of the event’s style and in the conversations generated there. Not only were boring old ballroom tables replaced with AVIXA’s new thought leadership event furniture of choice — super-cool sofas and captain’s chairs arranged in conversation groups facing the stage — but there were actually blankets on hand for those of us who don’t love sub-arctic air conditioning (and it’s not just the ladies, lest you think that’s the case).

These elements, paired with some top-notch AV and lighting room design by One Smooth Stone, set the stage for practicing what our industry preaches. This was an engaging and interactive learning environment built with human needs and goals at the center of the experience.

I’m going to jump on the buzzword bandwagon call it AV Mindfulness. Even before the speakers took the stage, I overheard conversations where key executives were talking about meditation and speaking from the heart. Before I lose you, though, let me get to the practical results of this new way of thinking. Here are four business-oriented mindfulness takeaways from AVEC:

We all want to feel glad to be here. And if we can create that experience for our customers and team members, well then heck, we might become the valuable partner that everyone keeps saying they want from their AV integrator.