Three Things to Remember When Designing for Interactive

Oct 26, 2017, 22:12 PM by Allison Tardif
If you have witnessed the newest generation of toddler “digital natives” trying to swipe print magazine pages or tapping endlessly on non-responsive video displays, then you know why interaction will soon be a requirement for just about every experience design. 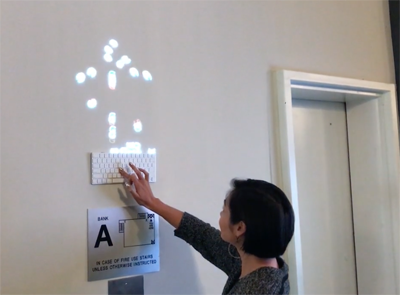 If you have witnessed the newest generation of toddler “digital natives” trying to swipe print magazine pages or tapping endlessly on non-responsive video displays, then you know why interaction will soon be a requirement for just about every experience design.

Then remember that youthful curiosity when you consider what and how that interaction should manifest. Forget menus and lists of options, forget photos. Let’s make interaction into a surprise party for your senses.

“Interactive is becoming more accessible in more ways,” observed David Title, Chief Engagement Officer at Bravo Media. “we’re beyond ‘experiential marketing.’ As we see more pop-up retail experiences, brand activations, and just generally out-of-home marketing all evolving, people are looking for more than a visual spectacle. There is now a real desire for authentic interaction and the ability to generate additional content from that experience.” 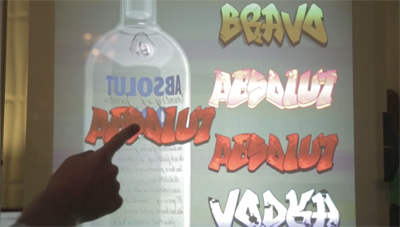 It’s possible to have that experience just walking into Bravo Media’s New York City studio. The elevator door opens, and a whole bunch of projection mapping, interactive video, glasses-less 3D, and a lot of other top-secret visual development projects leap into action before your eyes.

But take heart all you non-digital natives, Bravo Media was actually founded as a traditional print and mail shop back in 1997 by its current President, Tim Donovan. The guy represents one of the best “disrupt your company from within” models in the business, as now the place is producing immersive imagery for major television networks, big brands, and the digital projection system used nightly on The Late Show with Stephen Colbert. (Yep, that crazy projection setup.)

So, having seen the arc from static to interactive in all its permutations, what do Tim Donovan and David Title recommend you keep in mind when designing for this new layer of media? Here are three things to remember:

Simplicity is Engaging - “People aren’t looking for Medal of Honor interaction or Madden NFL,” Title noted. “It’s more like, remember the fun of the ‘big red button’. If you give somebody a place where they can make a physical interaction and that leads to a response that is engaging, that’s already going beyond the impact of a simple display. It doesn’t need to be a complicated process.”

Slow Down, Check Your Latency - “When you touch something, the response needs to be immediate,” Donovan pointed out. “If it takes a second or two for something to happen, the perception is that the technology is really old, and not really good. Immediacy of the response is important.”

Make it Worthwhile - “A lot of times there’s a bit of a bait and switch,” Title observed. “It’s ‘Come have this really cool experience!’ But the outcome is some branded product messaging. It wasn’t a fair trade. I came and played and my prize was a bummer. But if you can really help somebody to create something great and make it easy to share that experience, and there’s a branded element to it, that’s not going to be a problem.”