Tonight, we are illuminating the Sydney Opera House sails to show our support for everyone affected by the Australian bushfires. We want to send a message of hope and strength, and importantly to thank the emergency services and volunteers for their incredible efforts and courage pic.twitter.com/QGrRbRlDMh 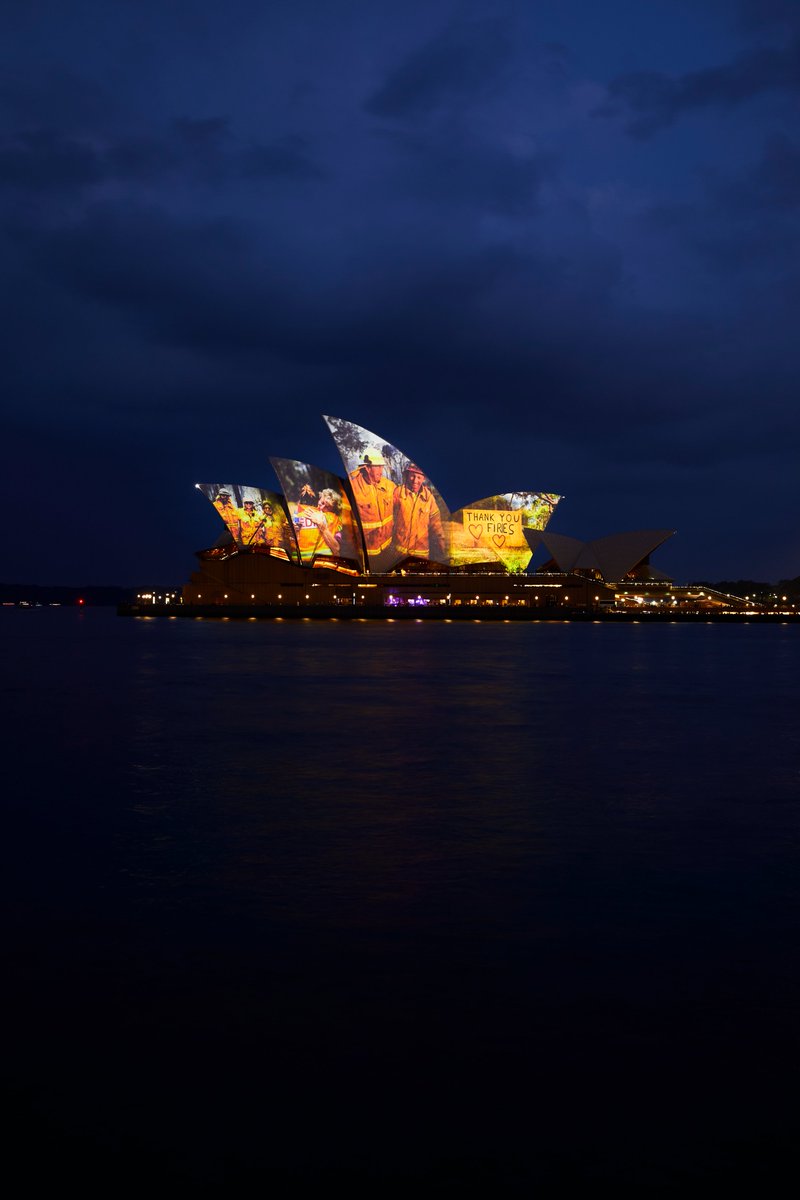 The wildfires devastating Australia’s New South Wales region are a sobering reminder of nature’s power. As of January 15, the New South Wales Rural Fire Service was reporting 88 bush fires burning across the region, 39 of which had yet to be contained. Dozens of people, including volunteer firefighters, have died because of the fires, and thousands of homes have been destroyed or damaged.

To honor the many rescue workers, volunteers, and regular citizens who’ve come together in response to the disaster, Sydney Opera House’s iconic sails were lit up with projected imagery. High-resolution photos of firefighters and care workers, and a handwritten sign that read simply “Thank You Firies,” were mapped across the massive sails, lighting up the night sky in tribute.

On Twitter, the Sydney Opera House said, “We want to send a message of hope and strength, and importantly to thank the emergency services and volunteers for their incredible efforts and courage.”

Technical Direction Company (TDC), which has worked with the Sydney Opera House on other projection-mapping displays, donated its technology and resources to light the sails in honor of firefighters and emergency service workers braving the wildfires.

In a statement, TDC said “The sheer scale of suffering and devastation of these catastrophic fires sweeping across our country is heartbreaking. To the carers, the vets, the rescuers and the everyday people who are helping the voiceless — the cattle, sheep, horses, chickens, goats and the farmers who care for them — thank you. “

TDC urges people to donate to organizations such as Vets for Compassion, Animals Australia, Wildlife Victoria, and the Foundation for National Parks and Wildlife.