DV-LED has Mainstreamed, But Much of Pro AV is Still Learning the Tech

Direct view LED has rapidly become a mainstream product in digital signage, but while the display technology is seeing rapid and diverse adoption, it’s clear much of the pro AV ecosystem is still trying to sort out what it is and how to differentiate the huge assortment of products and suppliers.

We’re seeing manufacturers creating turnkey, all-in-one bundles that package up their products in ways that make it easier for integrators, solutions providers and other resellers to market and use.

From small, somewhat specialized LED display makers to global electronics giants, manufacturers have listened to the market and realized many of the people they rely on to specify and implement their displays don’t fully have their heads wrapped around the technology.

The stacked and tiled modules and cabinets, the relationship between pixel pitch, resolution and overall size, and the increasing and confusing varieties of LED types are all unfamiliar territory for many AV and IT pros. They are largely unaccustomed to confronting projects that where the costs have so many dependencies, and products are loosely quoted on terms such as costs per square meter.

In writing about the digital signage and pro display industries, and consulting to both vendors and end-users, I’ve invested a lot of time trying to understand the technology, and relate its advances.

My publication, Sixteen:Nine, released a report three years ago, as DV-LED was just starting to get widespread interest and traction in pro AV. That was happening, at least in part, because pixel pitches had improved and costs had lowered.

Three years later, with DV-LED now supplanting LCD for many or most video wall projects, it was time for an updated report, which is now available as a free download.

In preparing this update, I sought and received the opinions and ideas of dozens of industry insiders and experts. They provided a wealth of useful insights, with the key finding that the buyers, and even many of the sellers, lack full understanding of the technology and best practices.

They said only a fraction of end-users have a high level of knowledge of DV-LED, and more than 40% said this is all new to them.

It’s a strong indicator that there is a need – and likely a big appetite – for solid educational material from vendors, resellers and trade organizations to raise the level of knowledge. And those numbers reflect why manufacturers all the way up to Samsung and LG have simplified sourcing and specifying simple DV-LED display applications for smaller venues, like office lobbies and conference/meeting facilities.

“The trend toward productized, turnkey solutions to make pricing and purchasing easier is prevalent,” says Jay Leedy, an industry veteran who recently joined Sony. “It Is easier for the less technical buyer to gravitate to a product than to a solution, and easier for less consultative sales people to sell a thing than it is to sell an idea.”

“There’s definitely a market need for these kinds of all-inclusive, easy-setup display packages,” adds Jason Helton of DV-LED manufacturer SNA Displays. “We did some research to find the most likely use-cases, and went to market with four sizes. The bundled DV-LED displays are just more recognizable to most end-users, making it much easier to compete in that space as opposed to custom, scalable DV-LED systems.”

Along with how to specify a project, the ecosystem is struggling to fully understood the distinction between microLED, miniLED, 4:1 LED or SMD LED. But … survey respondents also said their customers didn’t really care.

The buyer market is more concerned about pixel pitch and, increasingly, about color reproduction. In other words, the type of LED chip used is a big “whatever” for many potential buyers, but they do care very much about how good it looks. Industry experts rated pixel density and color reproduction and gamut as the most important attributes in vendor selection.

LCD, QLED and OLED all offer stunning visual quality, so the overall popularity of DV-LED technology still comes down to one key attribute: no seams for video walls.

Ultra-narrow bezel flat panel displays designed for video walls have display frame edges that, in some cases, are no wider than a dime, when turned on edge. But when grouped together to create a large digital canvas, those seams are nonetheless evident. Designers and their clients will pay the premium, in many cases, for large walls that are truly seamless.

An evergreen concern and buying consideration is with the quality and availability of in-country support and components. Those buying on price alone will likely source from China direct, but more sophisticated buyers want to see in-country technical and engineering support.

They tend to see through the optics of companies with West Coast U.S. offices that primarily house just a sales person or sales team stateside. Buyers and resellers want technical and dealer support and training in their language, and in their range of time zones.

The Q1 2021 DV-LED Special Report goes into the technology and how it is being applied, and takes a deep look at the mainstream and emerging technologies – notably microLED.

If you are in pro AV, and wanting to better understand DV-LED, you’ll likely find the report valuable. The good news – it’s a free, no-strings download. Just click and download the PDF. Re-envisioning a Modern Retail Experience with Cottet Óptica | How'd They Do That? 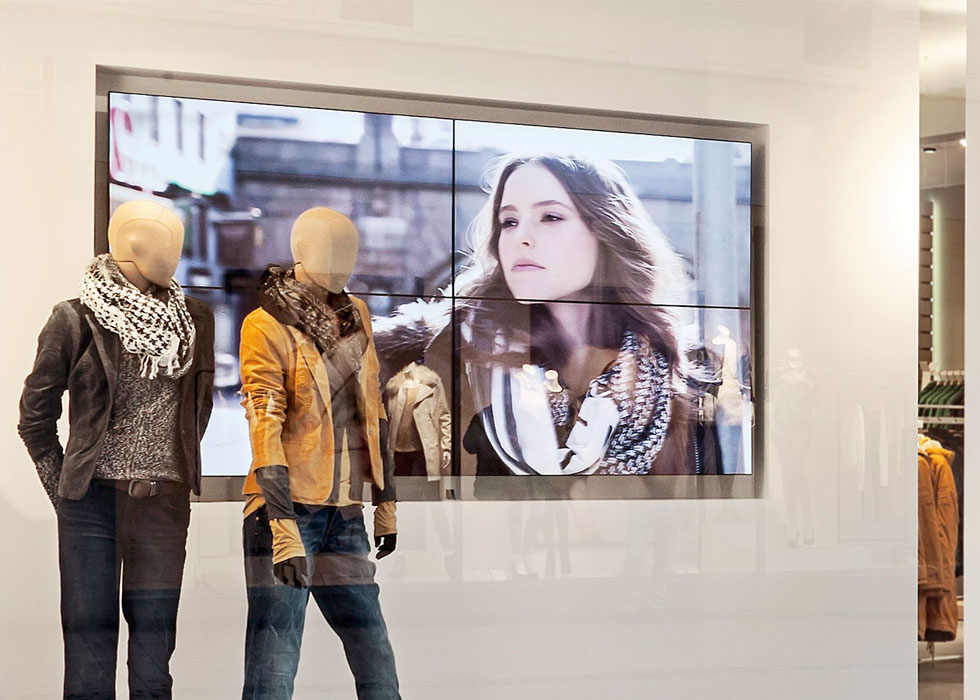